In this post, we’ll take a closer look at the Attention War that was COP26 – and what cut through the noise.

This time last month, it was practically impossible to avoid coming across some sort of comms on COP26 – whether it was your news source, a social media feed, or that WhatsApp group you’re in that always sends through the ‘forwarded many times’ images and videos.

And that was the case even if you weren’t paying particular attention.

On the other hand, if you’re part of the professional comms world and were involved in actively participating in and contributing to the discussions happening around COP26, it was slightly insane. In my career, I’ve certainly not seen anything like the deluge of content and information that was flooding the media airwaves around one event, with so many individuals and organizations clamouring to have their priority and their message cut through.

During the conference, the BrightGuide team was involved in a fairly large Comms campaign and so for a few days, I found myself living and breathing everything COP26. In the midst of all the content being pushed out, there were a few pieces that managed to make it through the noise and catch my attention. I think there are some lessons to be learned here on how to make your communications pieces stand out and have impact with an audience that – even on a non-COP Day – has access to a flood of information.

The examples listed below aren’t intended to be a comprehensive list of course – there was simply too much going on to catch all the good content. But of the pieces that caught my attention during the whirlwind, I’ve pulled out some of the reasons they cut through the noise for me: using humour to connect with your audience, a dynamic main character as the face of your message, a play on words to make it memorable, and speaking from the heart.

Humour is widely used as an approach for tackling complex – and heavy – issues. But it’s a skill to be able to embed humour in a way that drives a message home and connects with your audience without reading as flippant or crass.

This image, originally from Australia’s The Shovel, rapidly made its way around the world – effectively demonstrating the laughability of the ‘ambitious’ goals of cutting emissions by 2050. Through humour, the post reinforced the need for more urgent and immediate actions to make a meaningful impact. 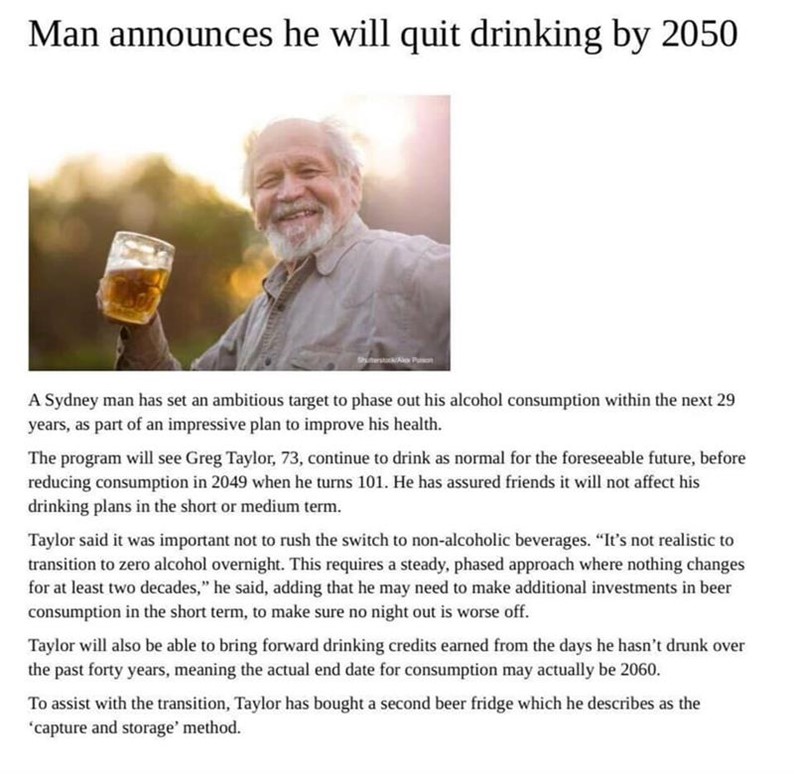 And a runner up, the UN released a video urging leaders and countries to step up and address the climate challenge. Who did they get to voice this key message? A representative from a species that’s no longer here – an instantly understandable warning about the finality of extinction. And a brilliant piece of comms work.

I’m sure you’ve heard of Greta Thunberg – but for me, the shining youth star of COP26 was another young woman –Vanessa Nakate – climate activist, author, and Ugandan! The bold 25-year old first made waves at COP25 when she was cut out of an image used to show climate activists. Nakate commented at the time, “You didn’t just erase a photo, you erased a continent.” – a valid point considering the exclusion of much of the global South.

Determined to represent women, youth and her continent in the critical discussions on climate change, Nakate is a relatable and passionate figure for us to listen to and learn from. At COP26, she didn’t back down from her position – making a challenge to all those organizations and nations who set ambitious goals and commitments to “prove us wrong” and deliver on their promises.

I can’t wait to see what she does and who else she inspires across the continent to step up!

The power of association, a play on a well-known phrase and a scorcher of a headline are all ways to bring attention to your comms! Here are three examples:

First, a trending hashtag during COP26 was #TheCowIntheRoom – also referenced in a Guardian article – and drawing attention to the topic of animal agriculture in relation to the climate crisis. While slightly misleading – food systems and agriculture were actually higher on the climate agenda at this COP than ever before – the play on the ‘elephant in the room’ phrase was a brilliant comms move to connect with the audience! 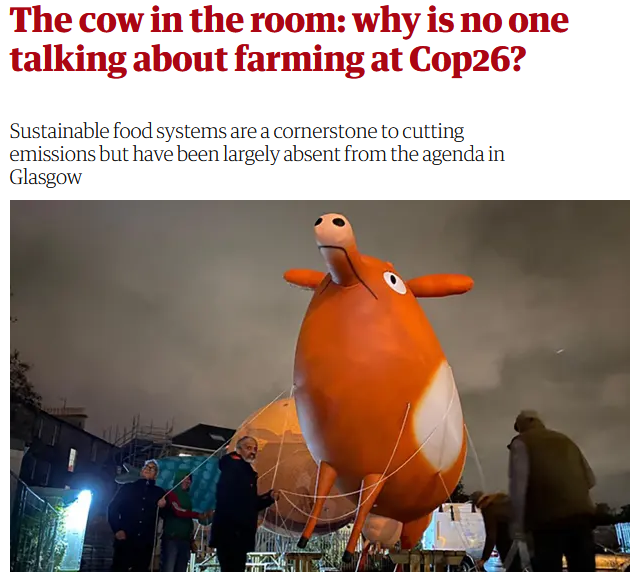 Secondly, this headline, ‘The COP26 menu is ‘like serving cigarettes at a lung cancer conference’, while arguably click-bait-esque and perhaps in poor taste, still caught my attention and earned a few minutes of my time because it a) related the current issues to a well-established and widely understood one, and b) made me curious about why the comparison was used.

Lastly, the campaign that we worked closely on with the team from CGIAR’s Research Program on Climate Change, Agriculture and Food Security (CCAFS) and the UK’s Foreign, Commonwealth and Development Organisation – ClimateShot. It’s a memorable and catchy phrase connecting the ambitious goals and scale of work needed to other well-known big efforts to achieve something great, namely MoonShot – the Appollo program to land humans on the moon; and more recently, EarthShot – the Royal Foundation’s global environment prize looking to inspire innovative efforts and collective action.

Each of these ‘shots’ are to do with uniting large numbers of people around a shared goal and mission. By using a similar turn of phrase to the original, there is an instant understanding of the scale and importance of the issue at hand.

It’s a common (and easy to make) mistake in corporate comms to be so invested in your messaging and content that you forget an extremely simple truth: humans are at the other end of your message. And from where I’m sitting, our desire for authentic and relatable content has only been further exacerbated by the pandemic and other recent social movements. Far more than flashy comms, we crave simple messages that we can connect with not just in our heads, but also our emotions and hearts.

David Attenborough, renowned environmentalist, spoke at COP26 and urged for action to come from a place of hope rather than fear. Without minimizing the seriousness of climate change and the need for urgency, the tone of his message stood in contrast to much of the fearful and negative tones surrounding the same issue.

What did I miss? I’d love to see which COP26 comms pieces cut through the noise for you – please share in the comments and tell me what caught your attention and why.